We’ve been in the house for just over a year now, so I think it’s time to take stock of what changes have been made in the garden. We’ve done a lot, and it’s very easy to overlook that, concentrating instead on the (sometimes overwhelming) work ahead.

When we moved in, much of the garden was neglected and unloved, flowerbeds full of weeds, hedges made mostly of brambles and the grass in the meadow well over knee height. The scar left from a bonfire in the middle of the lawn was representative of the whole sorry state it was in.

As detailed previously, the first areas to be hit were the laurels and the meadow. The battle with the laurel is still ongoing, whilst the meadow is now under control. 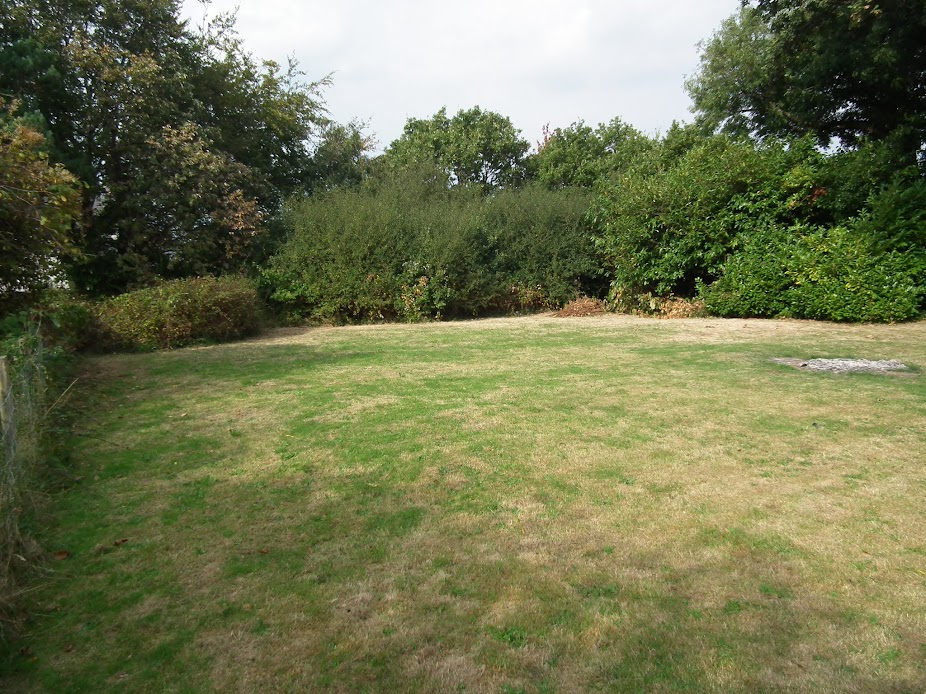 The front garden beds have been planted up with various annuals and several hundred bulbs. Results have been mixed: a few viola, cyclamen, pinks and sweet william have provided a nice display at various times of the year, along with a good show of daffodils. The other bulbs were less successful, with a few sad looking crocus, anemones and allium popping up. None of the large spectacular allium have come through at all, nor the agapanthus. 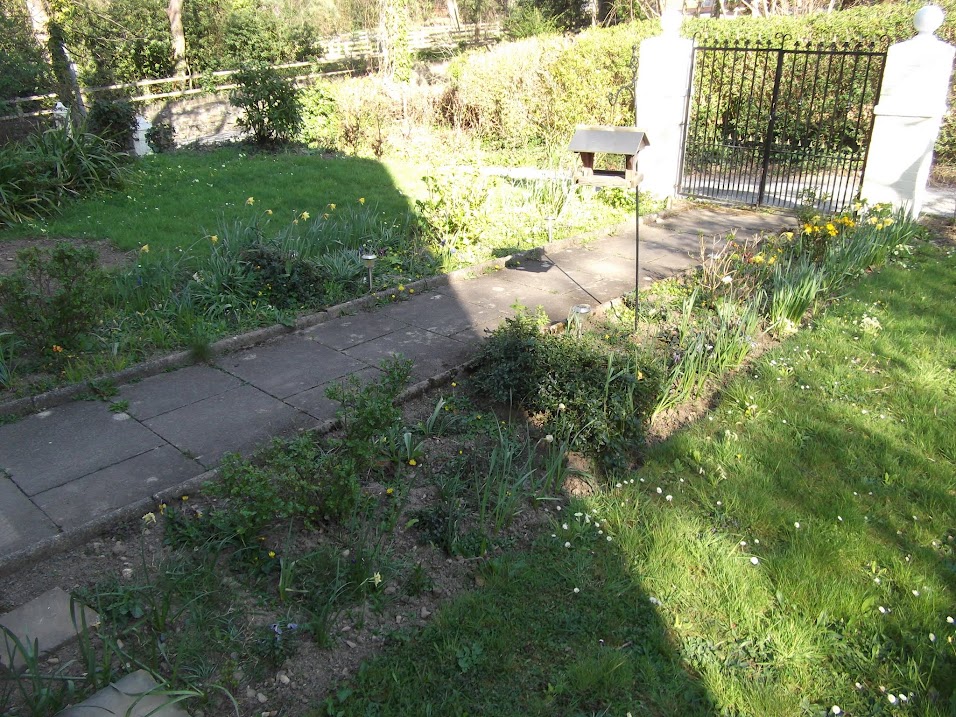 Under the dining room window are some heuchera, crocosmia (again donated, this time from Christine), sweet william and more (failing) bulbs. 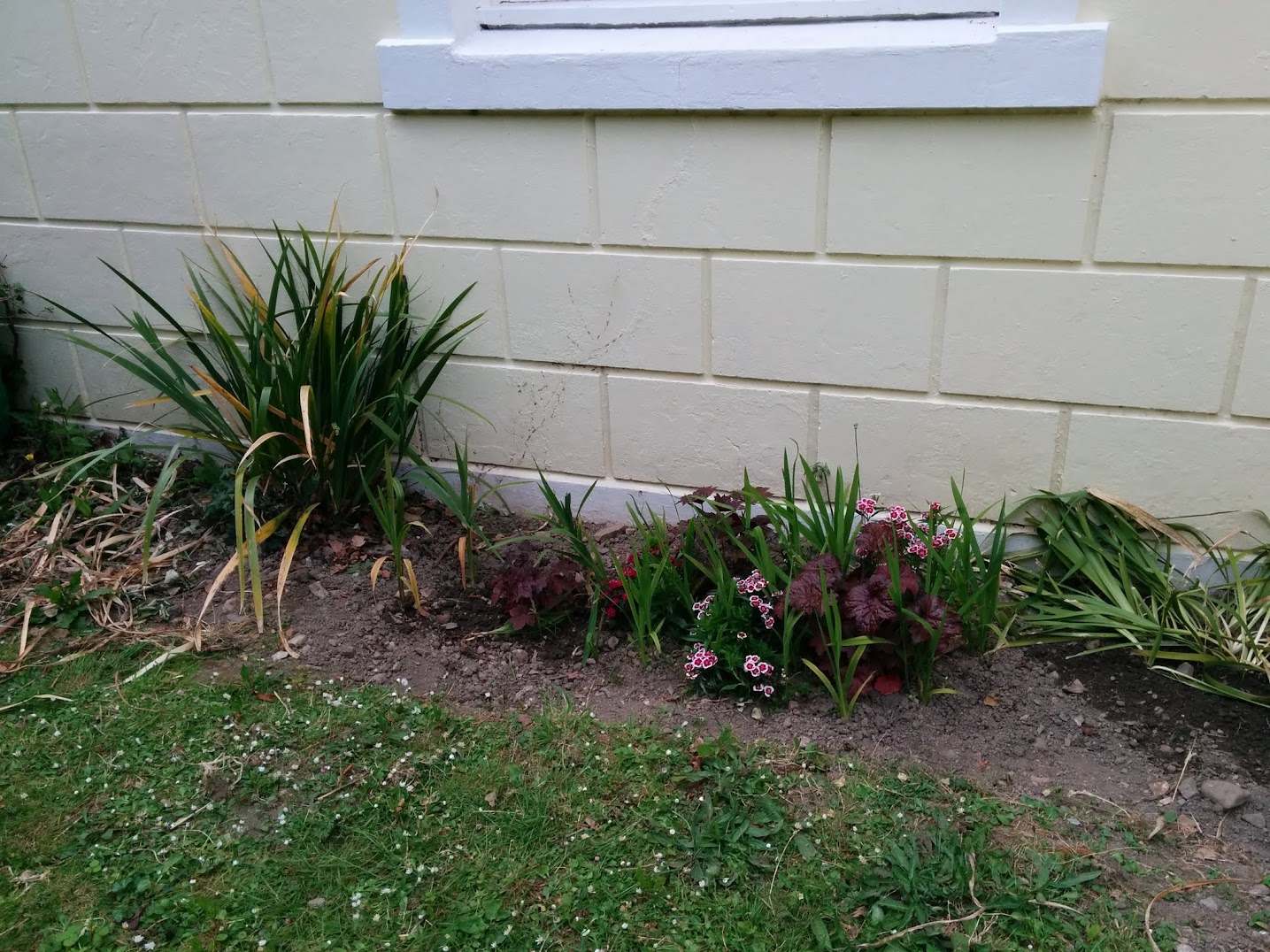 Along the driveway, the overgrown mess by the back door has been cleared and planted up with primula, cyclamen, lily of the valley (thanks Huw!) and a couple of (slightly unhappy) phormiums. It started off looking a bit sparse, but has improved with more planting and as the plants established themselves. 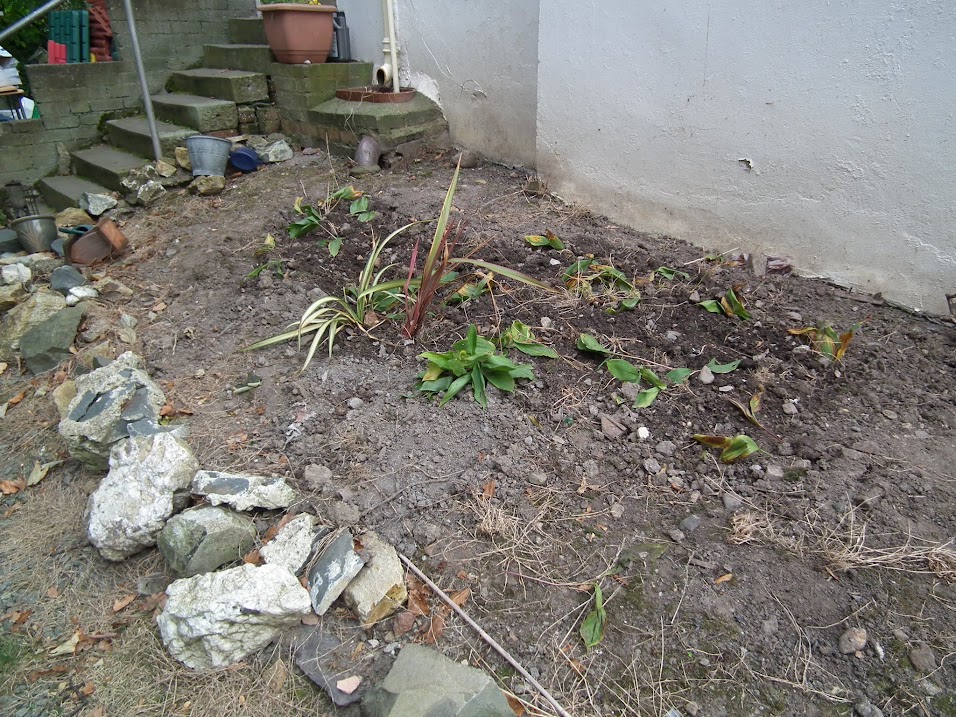 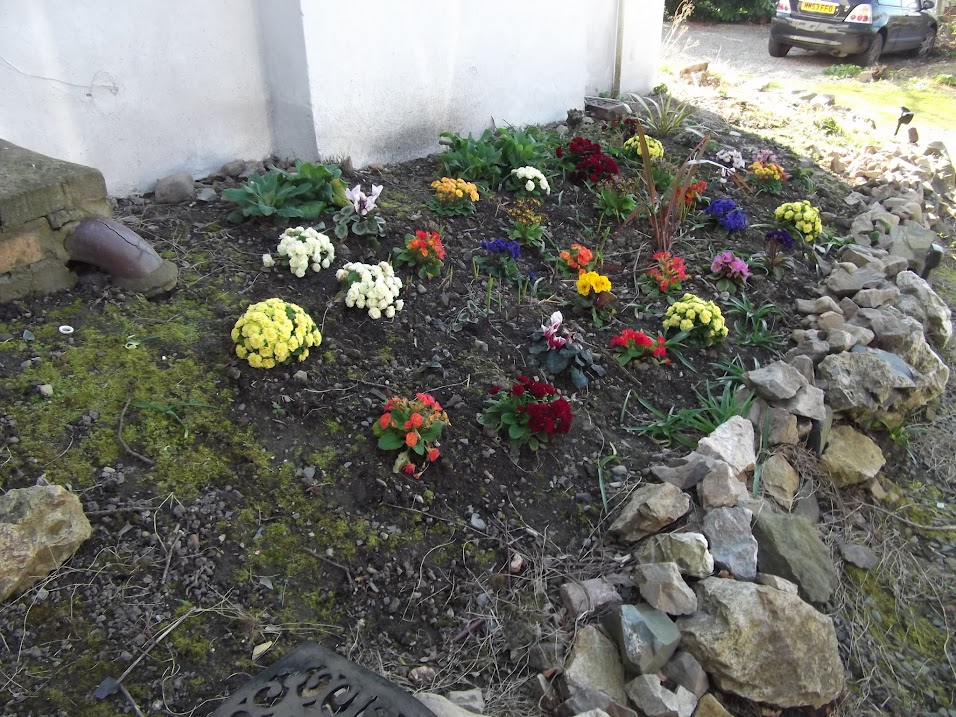 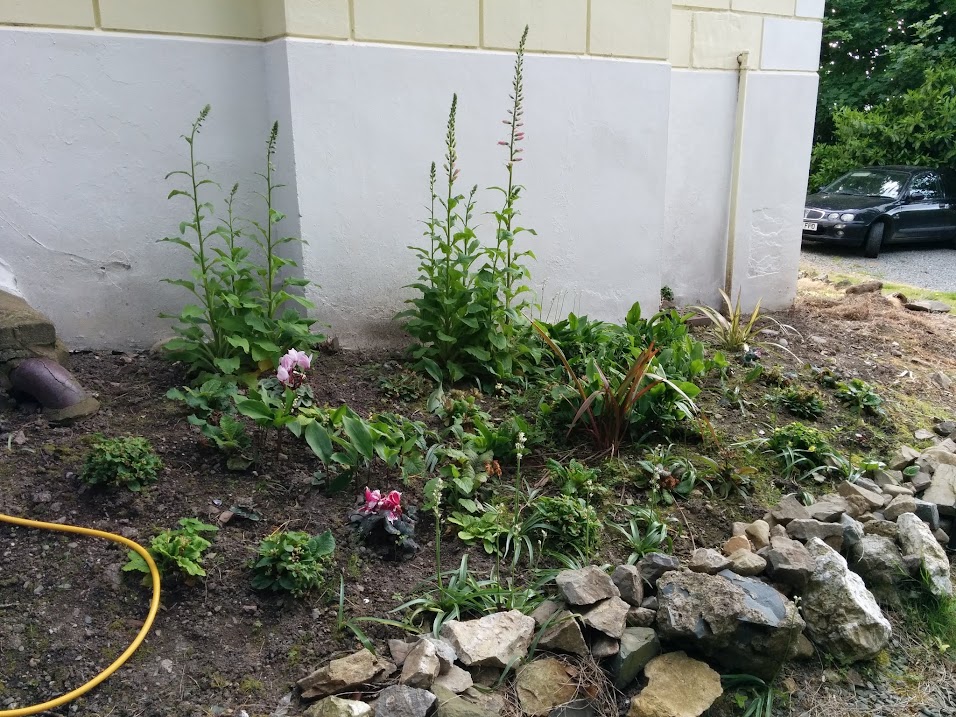 Over the other side of the drive, masses of ivy was cleared to provide another shady bed. This was inspired by a picture we saw of a swathe of blue hyacinth in a woodland setting, with the odd primula or primrose showing through. We have filled the bed with hyacinth (supposedly all blue, but it turns out some people who work at B&Q are probably blue/pink colourblind), grape hyacinth, primroses, snowdrops, bluebells, lobelia and tiarella. The result this year has been quite good, but next year should see us with a nice display from spring through to the end of summer. 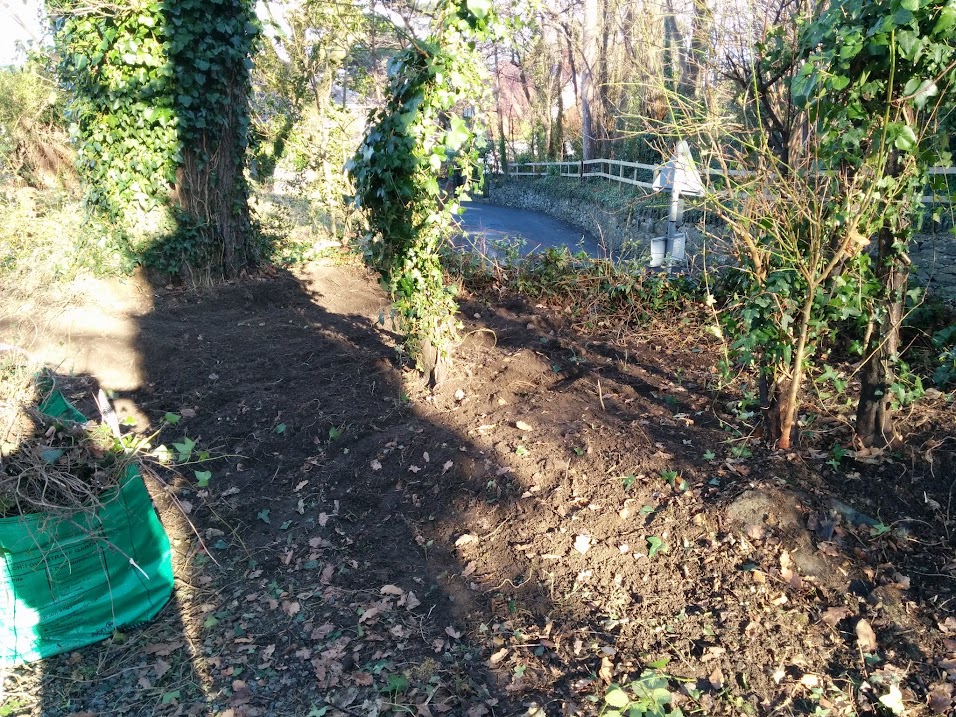 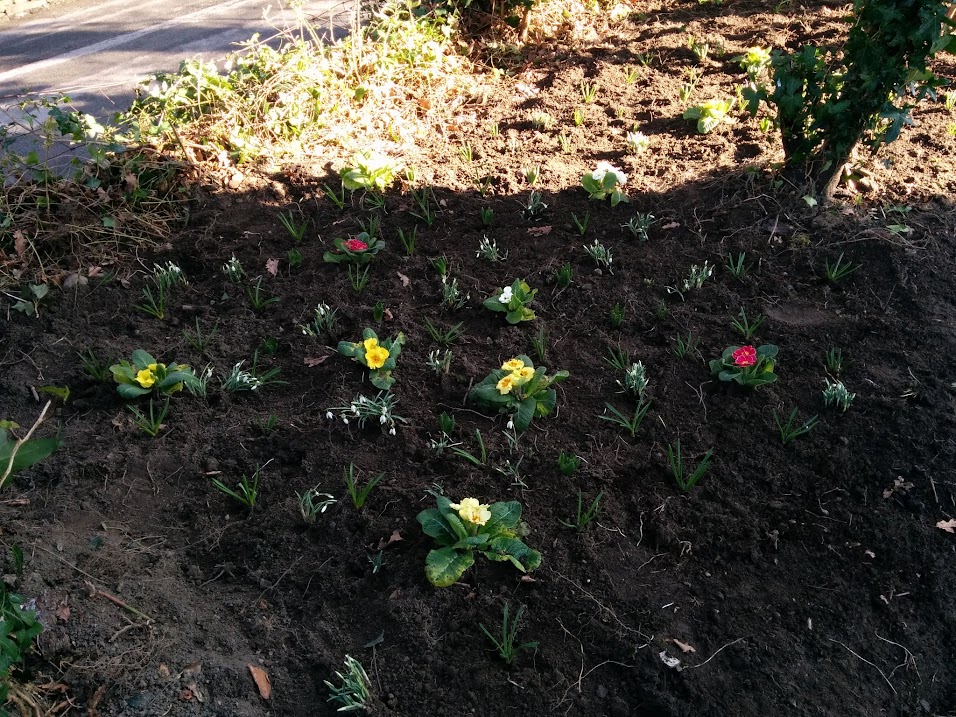 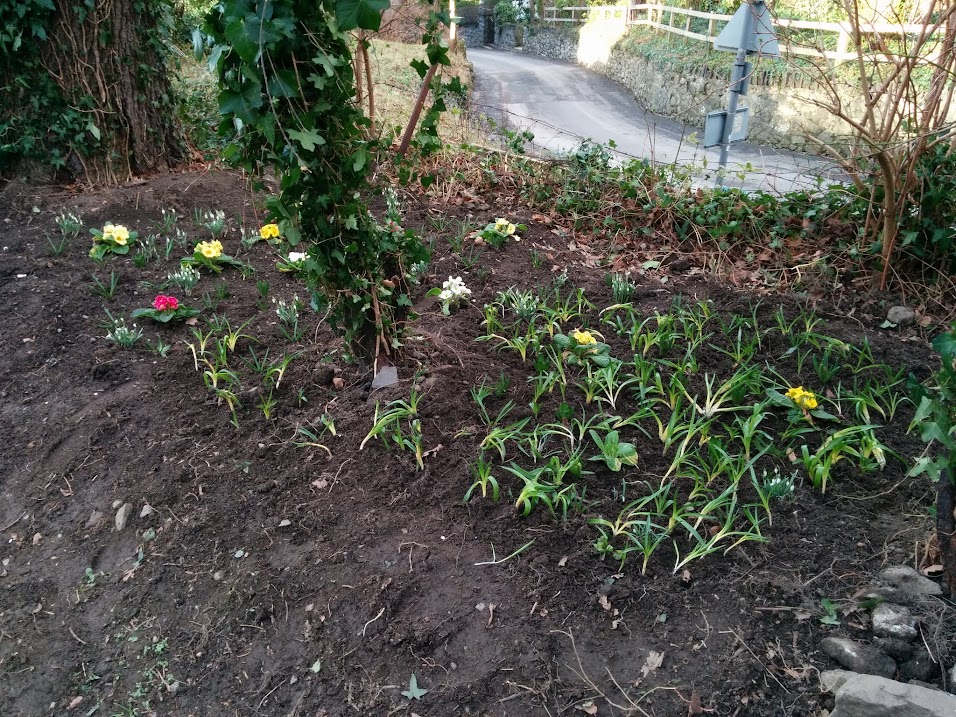 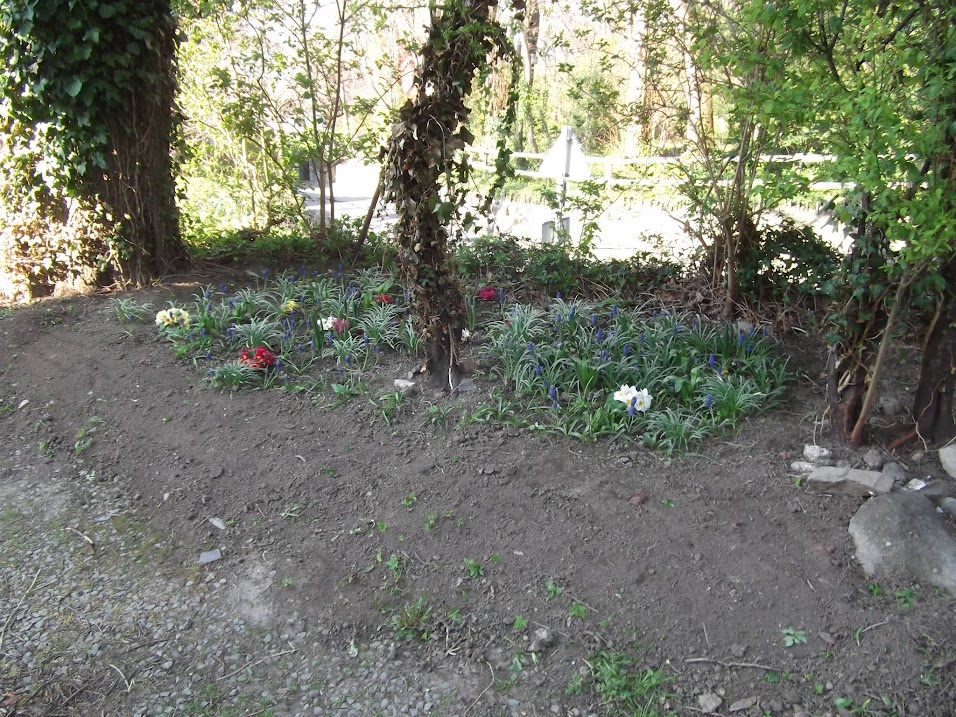 More major works have taken place in three areas of the garden: the vegetable plot (including the incredible flying greenhouse), the front hedge and the herb garden. I’ll deal with those in part 2. Stay tuned!